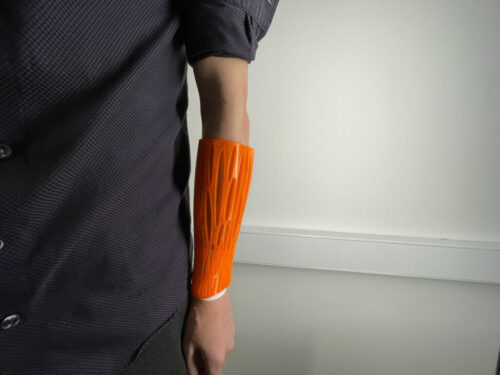 Prototype of a 3D printed prosthetic arm guard. The arm guard has the purpose of holding a bow, for a boy in Stevenage﻿, UK who lost his hand. With a passion for archery, he and his father built a holder for the bow, as a functional prototype. After his father reached out on a 3D forum on Facebook I helped with the 3D modeling of a lighter, cooler, and more organic formed arm holder. Here you see the prototype on my arm being the base model that helped in the manufacturing of a holder for the kid.